Aspects of Love – work in progress

My first group show is coming up shortly on the 11th May ay Modern Eden Gallery in San Francisco. It's called the "Language of Flowers" and is all about using flowers to communicate little hidden messages. I was immediately drawn to this concept as I have already been using flora a lot to express  feelings and emotions. I focused on all the flowers that meant different types of love. Here's an explanation on the history of floriography followed by my work in progress on this piece:


The language of flowers, sometimes called floriography, was a Victorian-era means of communication in which various flowers and floral arrangements were used to send coded messages, allowing individuals to express feelings which otherwise could not be spoken. This language was most commonly communicated through tussie-mussies (small flower bouquets), an art which has a following today. In addition to floriography, Hanakotoba (花言葉) is the Japanese form of the language of flowers. In this practice plants were given codes and passwords, meant to convey emotion and communicate directly to each other without needing the use of words.
To look up the meanings of certain flowers here's a link:
Floriography: http://en.wikipedia.org/wiki/Language_of_flowers 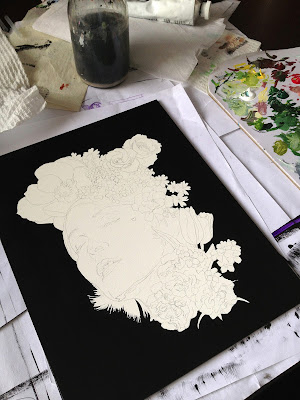 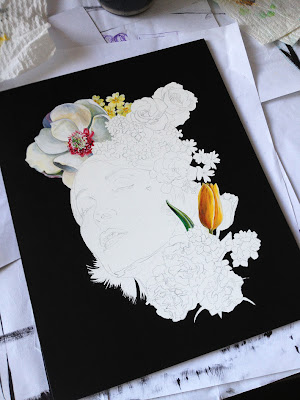 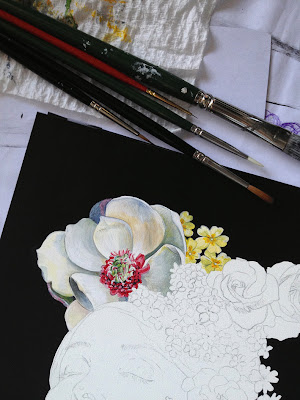 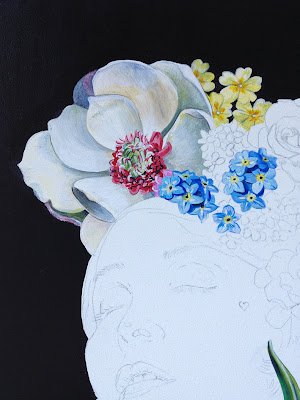 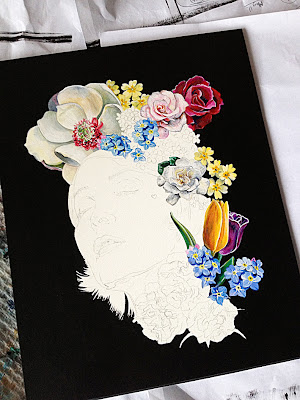 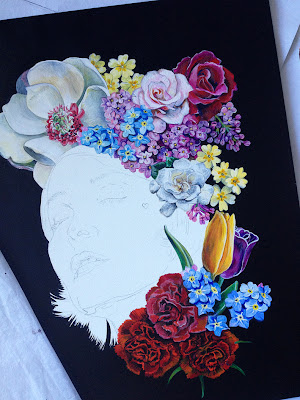 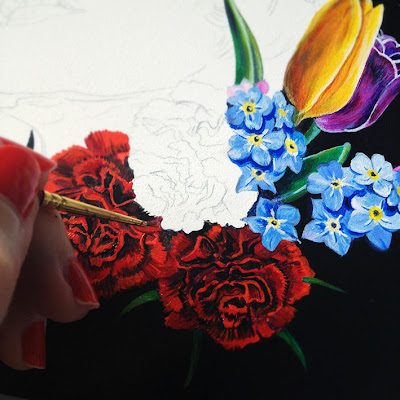 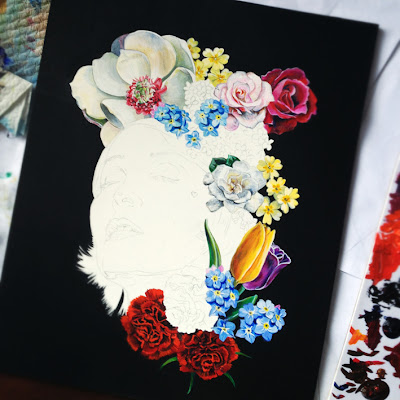 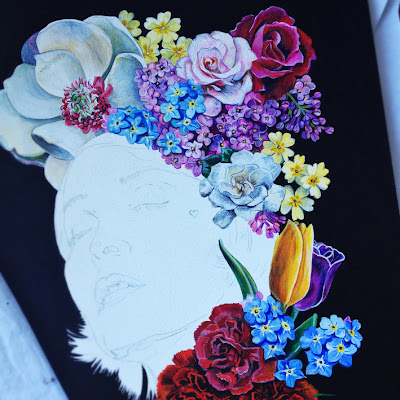 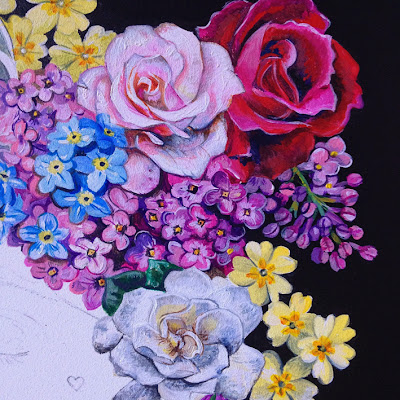 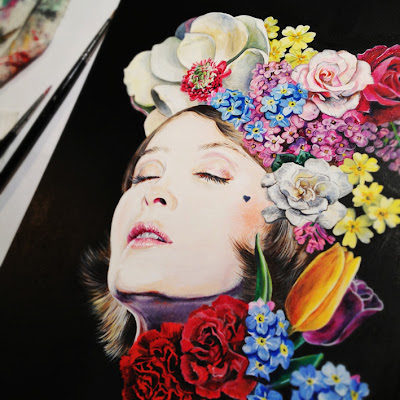 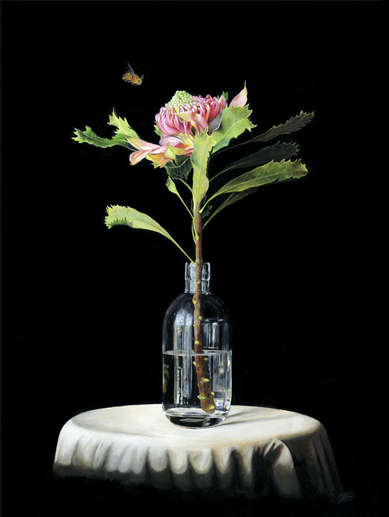 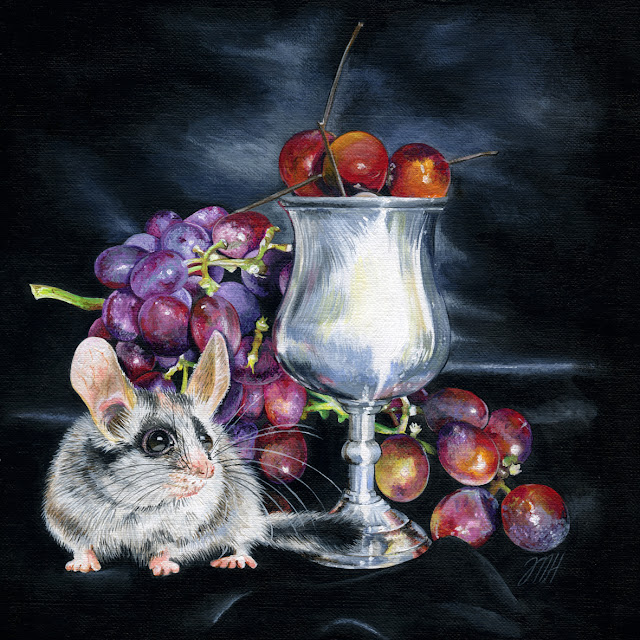